Starting in 2016, after decades of student-led activism, provincial governments in Canada began to recognize the pervasiveness of sexual violence on post-secondary campuses and the need for intervention to provide non-criminal response mechanisms for survivors. In their response, provincial governments sought to mandate the creation of campus sexual violence policies on every post-secondary institution (PSI) within their jurisdiction.

This began with Ontario passing the Sexual Violence and Harassment Action Plan Act (Supporting Survivors and Challenging Sexual Violence and Harassment) in 2016. It was subsequently followed by legislation in British Columbia(2016), Manitoba (2017), Quebec, (2017) and Prince Edward Island (2018). In the case of Nova Scotia, their provincial government has sought to require campus sexual violence policies and other related programs through Memorandums of Operation established with the PSIs every 5 years. The provinces of Alberta, Saskatchewan, New Brunswick and Newfoundland and Labrador still do not have any campus sexual violence legislation.

These provincial pieces of legislation (or memorandums of understanding in the case of Nova Scotia) all shared similar features – few requirements and no oversight. They all only required PSIs to create campus sexual violence policies with tri-annual review periods. Despite mandating these policies, there were almost no requirements surrounding the content of these policies or the efficacy with which they are enforced.[1] Further, the provinces created no processes for oversight to review the content and enforcement of the campus sexual violence policies.

On my own campus at Carleton University for example, the final draft of the mandated sexual violence policy included a President’s exception clause. This clause, which was only removed after significant student activism, permitted the University President to grant exemptions to the sexual violence policy to any member of the campus community without having to publicly disclose the existence of the exemption nor reasons for it. Without the student-led mobilisation to remove the clause, there was nothing within Ontario’s campus sexual violence legislation that would have prohibited the inclusion of a President’s exception clause. Further, there were no processes in place for the province to review the legislation to identify such harmful provisions within the sexual violence policies they mandated.

Therefore, despite the passing of this new legislation, for those of us at the grassroots level advocating for survivors on campuses, the passing of this legislation has been mostly a disappointment. This is not to say that requiring PSIs to create campus sexual violence policies was not an important and crucial step toward making our campuses safer. The disappointment with the provincial campus sexual violence legislation stems from its minimal requirements, lack of oversight, and weak enforcement.

It was the shortcomings of the provincial legislation and the subsequent flawed policies that were passed on campuses across the country that resulted in a group of us at Carleton developing OurTurn: A National Action Plan to End Campus Sexual Violence (French link). This bilingual action plan, published by the Student’s Society of McGill University in 2017, was signed by 40+ student unions and groups from 8 provinces representing 600,000 students. A key focus of this action was the creation of The OurTurn Sexual Violence Policy Scorecard – a tool for students to evaluate their own campus sexual violence policies. This scorecard included 45 criteria on a 100-point scale and partnered with 20 student unions to grade their own campus policies. After grading the sexual violence policies of twelve post-secondary institutions, the national average was a C+.

A year after the publication of the OurTurn National Action Plan and the OurTurn Sexual Violence Policy Scorecard, we published further policy guidance – this time, however, it was for the provinces, rather than the students.  In our One Year Later Report (French link), published by our newly formed organization Student’s for Consent Culture Canada, we outlined a set of minimum standards that provinces should require within all PSI campus sexual violence policies. The minimum standards include:

These minimums standards are designed to be included in all campus sexual violence policies across Canada, while still respecting the unique needs of each campus – particularly those that are rural. They include requirements, such as the ‘rape shield protections’ already embedded within criminal law, off-campus scope, and mandatory training for policy decision-makers. These are basic requirements that must be codified and implemented on all Canadian campuses to ensure that sexual violence policies include meaningful protections for survivors.

Although these minimum standards are already being advocated for at the grassroots level by students, there is a need for provincial leadership. The various provinces across Canada, particularly those that have already demonstrated their commitment to supporting students by passing campus sexual violence legislation, must take steps to legislate these minimum standards to protect some of the most vulnerable students on PSI campuses. The creation of minimum standards, with the inclusion of oversight mechanisms, is a necessary step towards ensuring that survivors on all campuses have access to policies with provincially defined survivor-centric expectations and oversight to ensure meaningful enforcement.

On January 27, 2021, the Ontario Minister of Colleges and Universities announced that they are proposing changes to the requirements of sexual violence policies at post-secondary institutions. The proposed changes seek to embed minimum standard expectations that are required in every Ontario post-secondary sexual violence policy. In their announcement, the Minister of Colleges and Universities outlined that some of the proposed changes, through regulations, will be “to ensure that students alleging an instance of sexual  violence and harassment are not faced with irrelevant questions about their sexual history, and do not face repercussions for violating an institution’s drug and alcohol policy”. If this proposal passes it could represent an important shift in the approach by provincial governments to campus sexual violence legislation and open the door for further minimum standards to be established within campus sexual violence policies across the country.

Although this piece has been written independently, she is the co-author and co-founder of the OurTurn National Action Plan and subsequent Student’s for Consent Culture Canada (SFCC) organization. As a result of her campus sexual violence advocacy she currently serves as one of the youngest members of the federal Gender Based Violence Advisory Council and a member of the REES Advisory Board.

[1] The sole exception to this generalization was Quebec, which included policy content and timeline requirements within its legislation. The province also included the possibility for complaints to be filed to the Ministry of Education if the PSIs fail to enforce their policies. 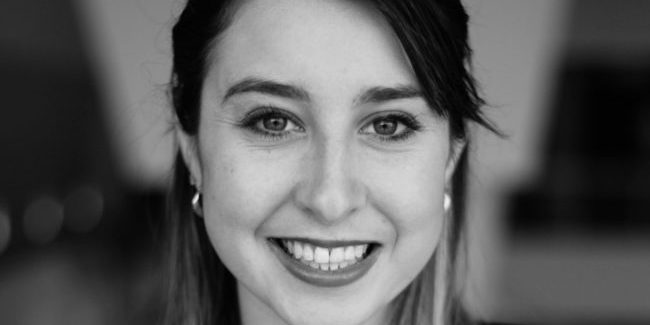 The creation of minimum standards, with the inclusion of oversight mechanisms, is a necessary step towards ensuring that survivors on all campuses have access to policies with provincially defined survivor-centric expectations and oversight to ensure meaningful enforcement.